Cardiomyopathy (CMP) is a generic name for various diseases of the heart muscle (myocardium). The function of the myocardium is affected, which usually leads to heart failure. The different cardiomyopathies can be classified by echocardiographic characteristics. Click here for more information about cardiomyopathy. A short review of the main characteristics for each CMP is shown below. 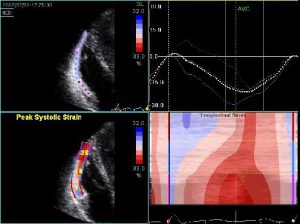 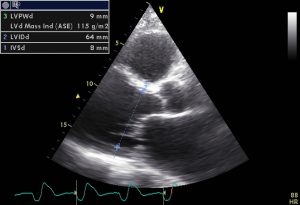 Akinesia of the apex and hypercontractile base of LV